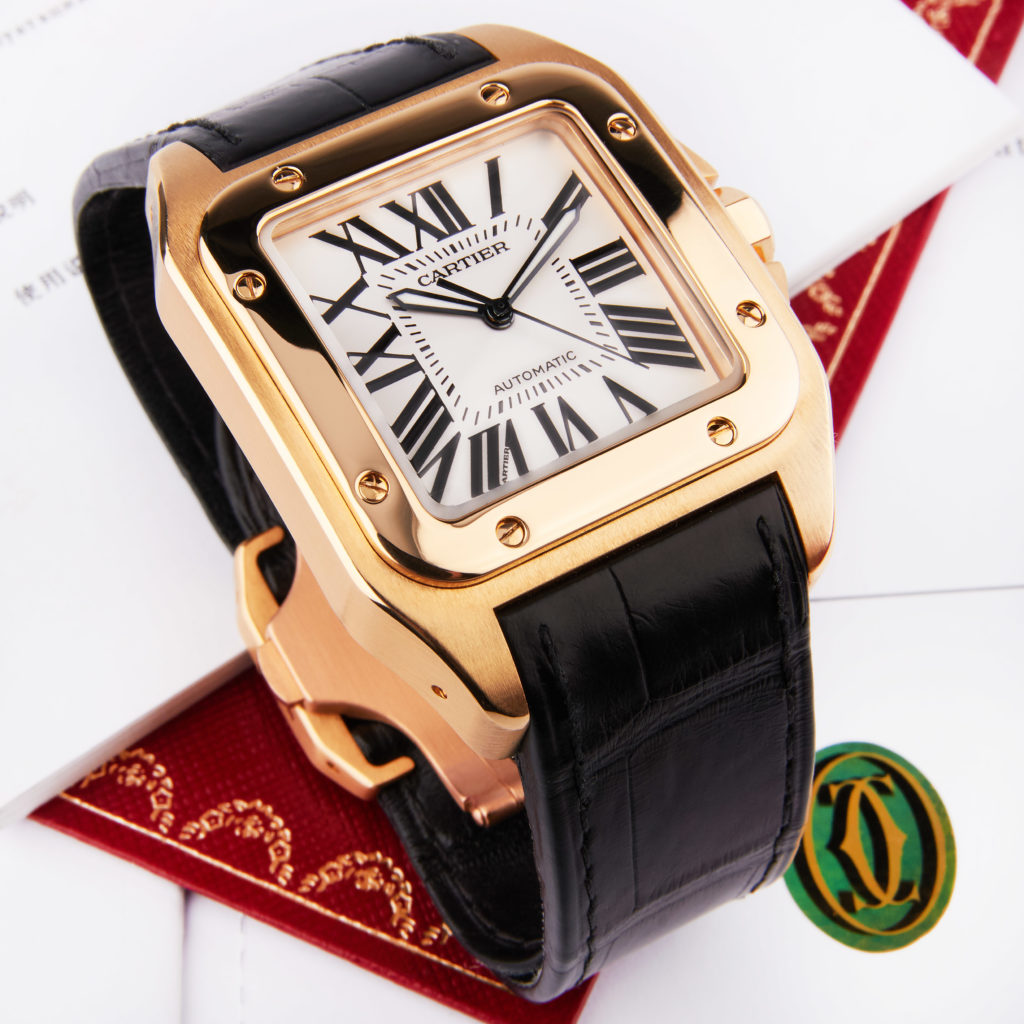 The modern world of horology has a wide array of watch types within it, but there is one kind of watch that reigns supreme in popularity, and it is the humble tool watch. Known for being able to withstand daily wear and tear, tool watches are favoured as the everyday men’s watch, but they haven’t always been around. Tool watches are so-called as they are designed to perform a particular function. Dive watches are designed for divers to time dives, decompression phases and more. Regatta watches are designed for skippers to time yacht races, and chronographs are designed for race car drivers to time laps and any other kind of events. The first tool watch that came in the form of a wristwatch, however, was the pilots watch. The name of that watch? The Cartier Santos. This is the story of how one French watchmaker and a Brazilian aviator redefined an entire industry.

Back in the late 1800s and early 1900s, fashion was a far cry from what it is today. For the most part, men only wore pocket watches, and the few wristwatches available on the market were worn by women. While men were beginning to adopt wristwatches thanks to wearing them during wartime, they hadn’t reached the broader male market yet. With aviation becoming more advanced, one Brazilian aviator saw the need for a particular kind of tool, a pilots watch. This aviator, Alberto Santos-Dumont, went to his friend Louis Cartier in 1904 and asked him to design a watch for him to use during flight. This watch became what we know and love today as the Cartier Santos, the very first tool watch.

The start of the Santos.

With the request for a pilots watch, Cartier designed what has now become one of the most recognisable watches in the world. The basis for Alberto’s request was how impractical it was for him to reach for a pocket watch while flying, so he wanted a wristwatch that would be big enough to read quickly – as other wristwatches available were small, given they were made for women. This simple design brief inspired Cartier to use the square shape he had used previously in a pocket watch. The Santos would also have a square bezel with visible screws that would secure the glass to the case. A simple dial arrangement of roman numerals and only hours and minutes made the Cartier Santos a no-frills timepiece with a job to do.

The Santos takes off.

Following its creation in 1904, the Santos still hadn’t become publically available until 1911. When it did become available, it used a Jaeger LeCoultre movement and was available in platinum and yellow gold – fitting for a luxury brand. While the Santos is notably the first mass-produced men’s wristwatch and first pilots watch, it was also the first watch to use a deployment buckle – which Cartier themselves had invented. This buckle was attached to either a black or brown leather strap, as was the standard strap material at the time. With an ambassador as famous as Alberto Santos-Dumont wearing it, the Cartier Santos effectively created the men’s wristwatch market over-night and took off in popularity.

The Santos as we know it.

Following some years of unpopularity in the middle of the century, due to the world wars popularising round watches, the Santos needed a revamp. This revamp came in 1978 following the creation of the Audemars Piguet Royal Oak and Patek Philippe Nautilus, as they turned public appreciation from round watches to more angular pieces. Cartier saw their square Santos as the best way to make the most of this, so they decided to give the Santos an integrated metal bracelet – just like the Royal Oak and Nautilus. Cartier also made a steel version which was a complete change of direction for the brand, but to maintain their luxury image, they also released a bi-metal steel and 18kt gold version. This bi-metal version went on to become insanely popular in the 1980s. Following some more revamps over the next few decades the Santos saw the addition of pieces like the Santos Galbée and The Collection Privée Cartier Paris to its collection.

Released in 2004, the Santos 100 commemorates the 100th anniversary of the Santos collection. Designed with a completely modern aesthetic in mind, the Santos 100 takes the Santos’ design and beefs it up to modern proportions. With its leather strap, the Santos 100 continues to remind us of the famous collection’s humble beginnings. With some chronograph versions and skeletonised versions, Cartier’s horological might is truly on display with the Santos 100 as they even created in-house movements to power some of these pieces. With is modern size and surprisingly wearable shape, thanks to its short lugs, the Santos 100 was such a hit with customers that Cartier refrained from updating the collection until 2018. This demonstrates just how happy both Cartier and their customers were with the Santos 100.

With the Santos being the horological icon it is, we are always delighted to be able to offer one for sale. The example we have on offer here is a 2013 38mm Santos 100 in yellow gold on a black leather bracelet. Presented in exceptional condition with its original box and papers, this piece is just as it was when it first left the Cartier boutique. Its white dial stunningly contrasts the black roman numerals within it and the polished gold bezel that frames it, making for an unparalleled visual masterpiece. Given this Santos 100’s modern size, distinctive case shape, gorgeous looks and impeccable condition, it will not be in stock for long. If this timepiece interests you, please feel free reach out to us.