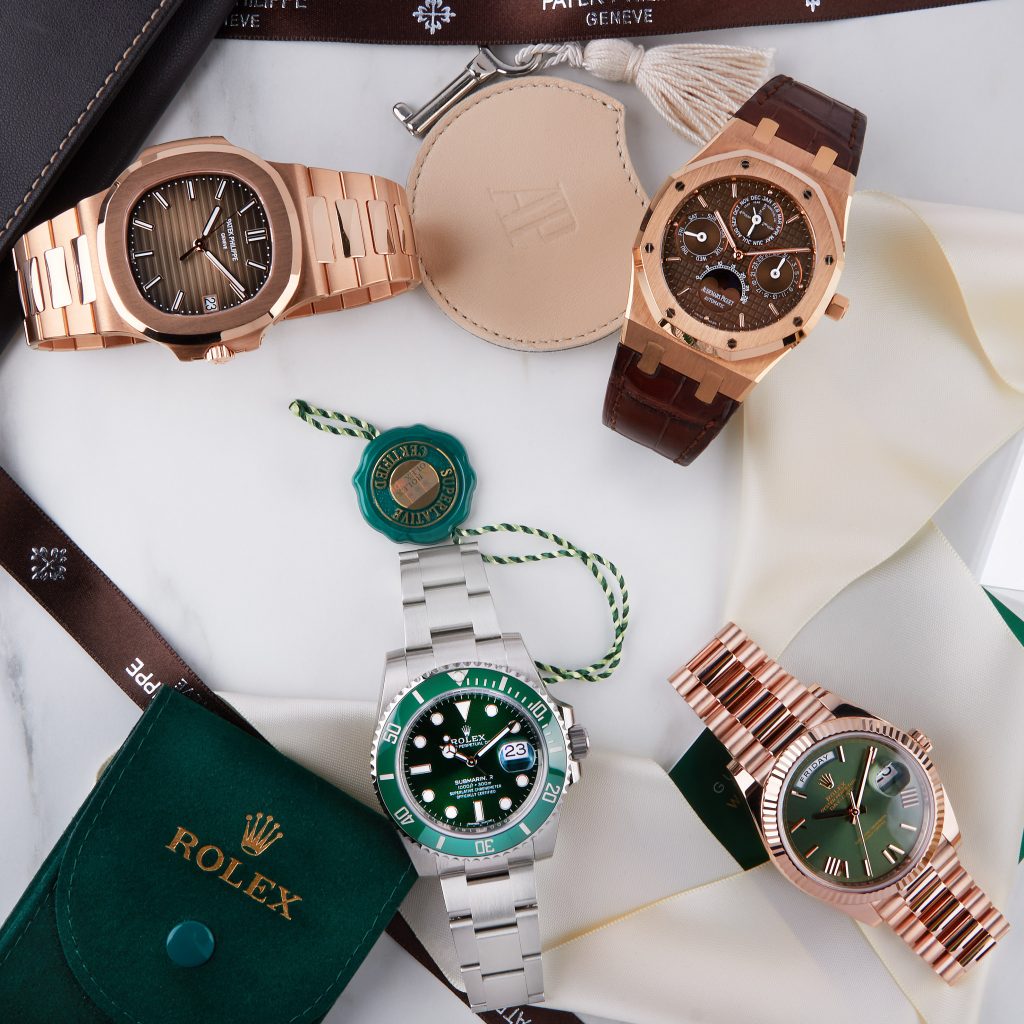 Watches and Money – A match made in heaven.

While luxury watches and money have gone hand in hand for as long as they have been around, the transition from collecting watches as a hobby to using watches for investment is easier said than done. Sure, money can be made, and sometimes a lot of it, but results can vary just about as dramatically as one might be able to imagine. This is why the watches you invest in must be given more thought and reason than only a typical purchase. While gains are never guaranteed, this article will attempt to provide some insight into the three best investment pieces that you can put your money behind while also enjoying them for what they are – luxury timepieces.

No timepiece investment article would be complete without mentioning Rolex, and for a good reason. The Genevan giant is just about the most investable watchmaker in the world. Sure, some models can be lacklustre investments, but that’s the case with everything. Rolex have a whole slew of models that are almost guaranteed to make you money, and the most infamous of these watches is the Rolex Submariner Hulk http://diamondwatcheslondon.com/product/rolex-submarina-date-hulk-3/.

Known for its green dial and green cerachrom bezel, the Hulk was the continuation of the beloved 50th-anniversary Submariner ‘Kermit’ that ran from 2003 to 2010. In production from 2010 to September 2020, the Hulk went from being a slow seller at the start of its run to becoming literal gold dust in the last few years of its lifespan. This turbulent sales patch, in combination with its discontinuation, means the number of Hulks in the wild isn’t that high – and its never going up either. While the Hulk’s price is certainly on the higher end of things, it still stands to gain a lot over the next few years as it becomes a highly sought after collector’s piece. Famed for being the only stainless steel Submariner to have a dial that isn’t black, the Hulk is distinctive, rare and desirable – all factors that will inevitably lead to its price rising over the next few years.

Go for gold with the Presidential.

While gold watches are thought to not appreciate much over their lifetime, one watch has successfully shrugged off that reputation – the 60th Anniversary Rolex Day-Date. Released in 2016 and identified by its olive green dial, this Day-Date has become one of the hottest precious metal timepieces of 2020. Trading for about 10% over its retail price, at time of writing, this rose gold beauty http://diamondwatcheslondon.com/product/rolex-day-date-40mm-12/ has become so sought-after that it has joined the ranks of steel sports Rolex models and has a lengthy waiting list of its own.

Due to it being a precious metal anniversary model, production of this Day-Date variant is already on the low end of things, and realistically speaking – discontinuation in the next few years is a genuine prospect to consider. Already appreciating by around £800 a month at the minute, this timepiece represents one of the significant success stories within the world of timepiece investing, and it’s not too late to get ahead of the curve either.

Probably the most well-understood market within timepiece investing is the vintage market. Made up of horological heavyweight icons like the Rolex Paul Newman Daytona, Audemars Piguet Royal Oak and the Heuer Monaco, the vintage market can seem daunting at the best of times. This doesn’t mean investing in vintage has to be hard though. One of the most accessible strategies is to invest in the vintage versions of what is hot today. With that in mind, one of the best value propositions within vintage timepiece investing is the Patek Philippe Nautilus ref. 3800 http://diamondwatcheslondon.com/product/patek-philippe-natuilus/. Released in 1980 and discontinued in 2006, the ref. 3800 is the classical mid-sized Nautilus from the very first generation of the iconic Genta-designed timepiece.

What makes the ref. 3800 so investable is that its price is almost half that of the modern ref. 5711, making it far more accessible and less risky than its modern equivalent. With its market is still so underdeveloped, the ref. 3800 has the potential to prove itself as a future four-digit Rolex Daytona equivalent. Given the ref. 3800’s low production numbers, desirable proportions and iconic history, this reference is a golden investment opportunity.

With investing in timepieces becoming only more popular as the market expands, the best time to get ahead of the curve is now. Inevitably, just like investing in anything, knowledge is power, and ultimately; the strategy you choose to follow is up to you. Buy what you like, wear it and enjoy the upsides when they come.