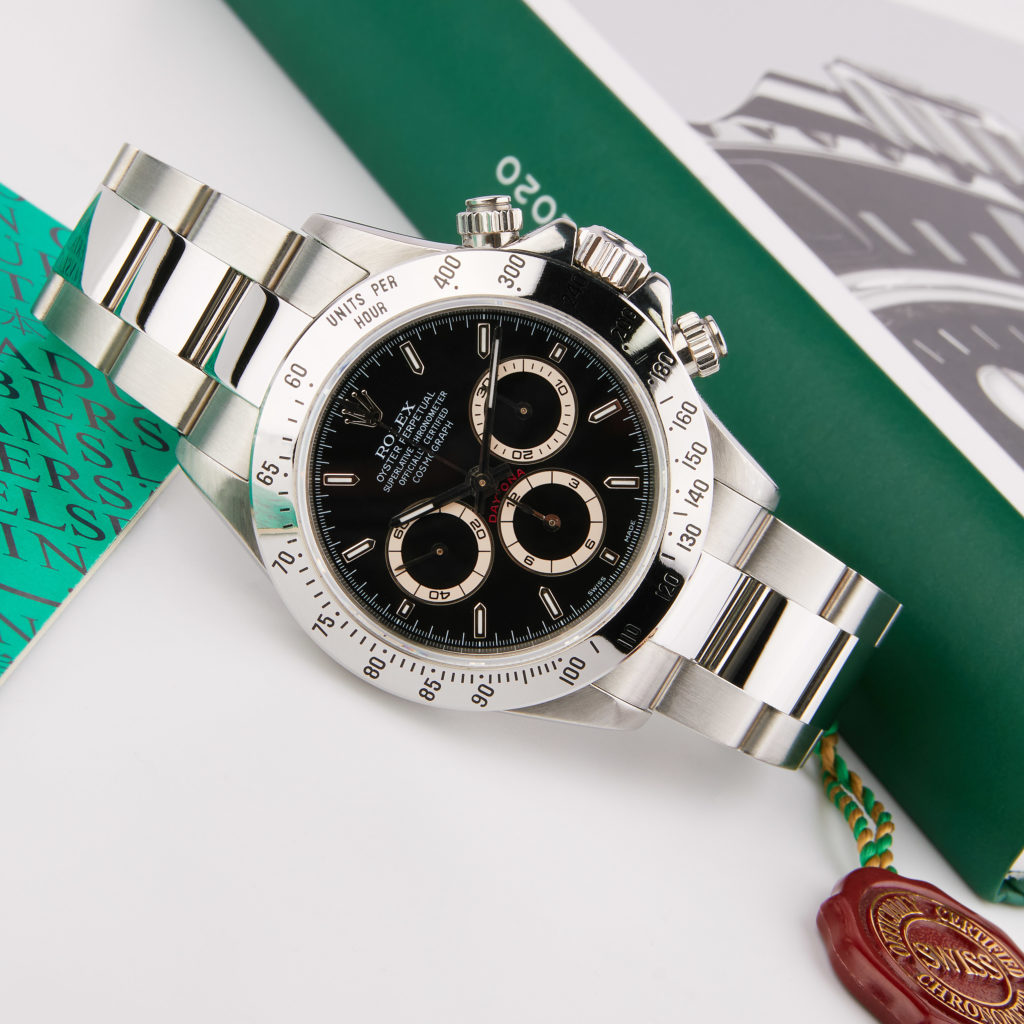 The Rolex Daytona is, without a doubt, one of the most influential timepieces to have ever been produced. With an iconic design, rich history and plethora of popular variations, the Rolex Daytona continues to be one of shining lights amongst Rolex’ catalogue. With some Daytonas fetching millions of dollars at auction, it is only natural that attention will be shifted from those collector’s pieces to the rest of the collection that is within reasonable grasp. With 1st generation Daytona references gaining tremendous value over the past few years, it is no surprise that 2nd generation Daytonas are beginning to climb too and experience increased demand.

The predecessor of the modern Rolex Daytona was initially released in 1955 as the Reference 6234 Chronograph. The Daytona itself became a reality when Rolex released the reference 6239 Cosmograph in 1963. The Cosmograph 6239 was released to mark Rolex becoming the Daytona International Speedway’s official timekeeper the year before in 1962. The name ‘Daytona’ didn’t appear on the watch’s dial until 1965 at which point Rolex had called the watch both, the ‘Le Mans’ and the ‘Daytona’ in their advertisements.

Where all the hype began

Like all great modern watches, the Rolex Daytona is steeped in history. Unlike most watches though, its history is tied to one particular person, Paul Newman. The famous Hollywood actor and racing driver famously wore a specific variant of the original series Daytona, an exotic dial ref. 6239. His wife had gifted it to him in the early ’70s and by the ’80s collectors were scrambling to buy the once unpopular variant. This inevitably kick-started the Daytona’s journey from being just a relatively well-known watch to the industry goliath it is now.

The second series’ tie to Zenith

Just like the series before it, the second series Daytona had its movement supplied by a third-party. Who was this third-party? None other than Zenith. After Zenith was sold to Zenith Electronics during the Quartz Crisis of the 70s and 80s, the company ceased producing their movements. A senior engineer named Charles Vermot, however, decided to hide Zenith’s production notes and tooling in order to prevent the loss of one of history’s greatest movements – the Zenith El Primero. After Rolex had shown an interest in using Zenith’s El Primero to power their new series of Daytona, Vermot showed Zenith’s executives where he had hidden the necessary equipment to make the movements. With the ability to satisfy Rolex’ needs, Zenith was able to secure the ten-year contract for the El Primero movement.

With second series Daytonas becoming increasingly hard to find, we are incredibly happy to have this example for sale. Presented in completely unworn condition, this Daytona even comes wearing its original stickers. With that, as you would expect, it also comes with its original box and papers. Given this is a P serial number example this is one of the final second series Daytonas ever-produced. A safe-queen its entire life, this timepiece is unlike any other second series Daytona on the market and is exactly as it was 20 years ago when it was bought. If you are interested in this timepiece, please feel free to reach out to us.