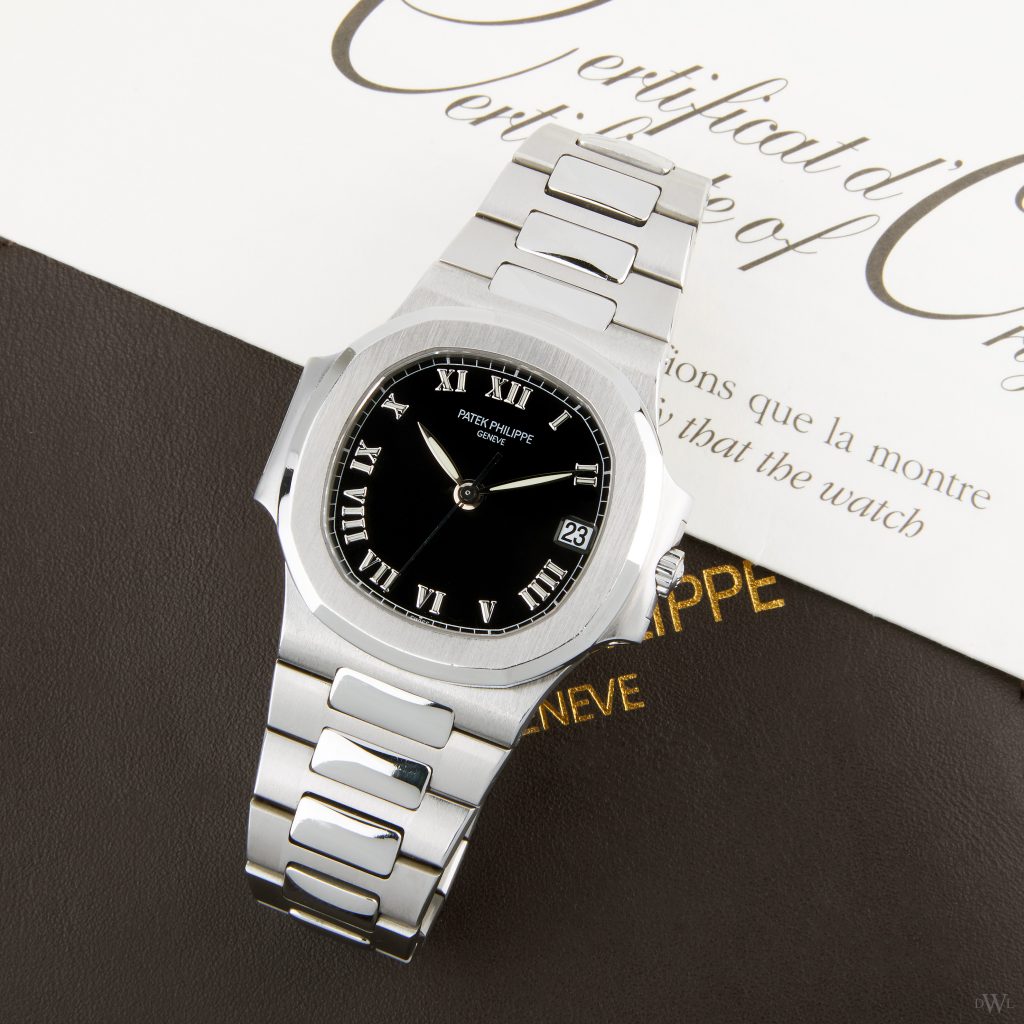 Like most watchmaking icons, it is essential to understand the history and context behind that icon to truly understand why it has become so important in the modern market. For the Nautilus, we have to go back to its release in 1976, during the peak of the Quartz Crisis and soon after the release of Audemars Piguet’s industry-shattering Royal Oak – the world’s first luxury steel sports watch. A defensive reaction to both; the Audemars Piguet Royal Oak and the ensuing Quartz Crisis, the Nautilus was designed by Gerald Genta as Patek thought fighting fire with fire was better than anything else.

The mid-70s were vastly different from how they are today for the watch market. While watches are back in fashion thanks to their hype, the smartwatch putting watches back into focus and the incredible array of timepieces out there, it wasn’t always like that. The ’70s was a period of significant turbulence. The Quartz Crisis had robbed Swiss brands of their market share as these cheaper, trendier and more accurate were finding their ways onto wrists far better than mechanical timepieces ever could.

With this, Audemars Piguet faced almost certain financial ruin unless they did something big. As such, they had Gerald Genta design a new luxury stainless steel sports watch in 1972. The watch in question? The Audemars Piguet Royal Oak. Unlike anything anyone had seen before, and effectively creating the luxury steel sports watch market overnight, it can be said the Royal Oak made the impact and sent shockwaves throughout the industry. Such a shock that Patek Philippe knew they had to get in on the action if they wanted to remain viable too. While quartz watches didn’t threaten their watches to the extent of other brands, they knew they had to stay on AP’s heels no matter what.

After reaching out to Gerald Genta to design a timepiece for them, Genta was inspired to draw the Nautilus’ original sketch onto a napkin when he saw a group of Patek executives across from him in a restaurant in Geneva. With a porthole-style window above them, Genta’s inspiration for the Nautilus came naturally to him, and the Nautilus has mainly remained unchanged ever since.

The original Nautilus, the ref. 3700 was a big watch at 42mm in diameter. With its somewhat alien aesthetic, given the popular design languages at the time, the ref. 3700 was largely unsuccessful. While the Royal Oak also had a rather lacklustre performance upon its release, the Nautilus failed to ride on the coattails of its competitor. One might have expected the Nautilus to sell as the Royal Oak had begun to pick up sales by this stage, but it didn’t. With that, Patek knew they had to do something. This is where our ref. 3800 comes into play.

Released in 1981, the Nautilus ref. 3800 can be credited with saving the Nautilus collection from what looked to be its rather inevitable doom. While it has become one of the most important icons in the modern watch industry, the 42mm Nautilus ref. 3700 was far too large for late 1970’s consumers. Combined with its unorthodox design, consumers were turned off making the purchase. Patek eventually decided that shrinking the Nautilus would help people get over the size issue and acquaint people with Nautilus’ design.

Coming in at 37.5mm, the ref. 3800 was explicitly released to introduce the watch to consumers that wanted a watch with a unique personality but needed help overcoming the size problem. For context, most watches of this era were around 36mm-38mm. A dress watch brand like Patek releasing a 42mm steel sports watch was just too left field. On top of the size issues, the industry was incredibly conservative at the time. The Nautilus was seen as a second-rate watch when, in reality, it wasn’t.

Featuring all of the iconic design elements that have made the Nautilus what it is today, the ref. 3800 is a classically designed piece. With its porthole-inspired case design, rounded octagonal bezel, integrated bracelet and stunning dial options, the ref. 3800 oozes elegance. With its slightly slimmed-down design, thanks to its 37.5mm case, the ref. 3800 is often regarded as being a far more elegant execution of Genta’s original design.

Fitting on wrists far better for the time, the ref. 3800’s design and aesthetic was a massive win for Patek and enabled Patek to increase sales. With the radical silhouette becoming more commonplace, the ref. 3800 snowballed into an increasingly popular offering as others saw it in the wild and grew accustomed to the Nautilus’ unique design. The ref. 3800’s impact on the Nautilus collection’s survival as an offering from Patek cannot be understated. People were not buying nearly enough Nautilus’ until the ref. 3800 burst onto the scene and broadened the timepiece’s audience and appeal.

By broadening the Nautilus’ audience, it could be argued that the ref. 3800 was a more important Nautilus variant than the original ref. 3700. While just another early Nautilus reference at the time, the Nautilus was on track to being pulled. As such, the ref. 3800 has gone on to become an essential reference in watchmaking history.

Within the modern watchmaking market, the ref. 3800 is set up for massive gains due to two significant reasons. With the acceptance of smaller timepieces, watches that feature more “unisex” sizes are becoming winners in the market. Worn by men who want a smaller watch than what is out there and women who want a full-sized watch that remains comfortable, the ref. 3800 is set to play into both markets perfectly with its comfortable 37.5mm case.

Next of all, the vintage market has never been more substantial with as much demand. Considering auction results for vintage pieces, it is clear that the market for the ref. 3800 will balloon in due course as demand for the 5711 and other modern Nautilus references casts the spotlight on viable vintage alternatives. Occurring with watches like Rolex, Audemars, and various other brands, this set of events will, by no means, be surprising. Also, considering the price differential, between the 5711 and the ref. 3800, it is hard to argue that it isn’t a bargain. With the Nautilus’ iconic design, historical importance beyond belief and position within the market, this is one timepiece that we think has massive potential to become a watch that people will wish they bought when they had a chance. Just don’t say we didn’t warn you.